Dr. Linda Bergthold has been a health policy consultant and researcher since 1985. She began her career at UCSF Institute for Health and Aging as an Assistant Professor, studying the impacts of prospective payment on long term care services for the elderly. In 1988, she joined William Mercer as a consultant and later a Principal.

Dr. Bergthold joined the Clinton White House in 1992 as Co-Chair of the Benefits Working Group for the Health Care Reform Task Force. After the White House, she returned to consulting work with large corporations and health plans around the country. 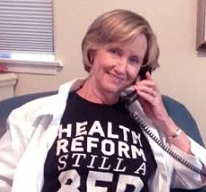 Linda is an expert on:
Medicare
Medicare Costs
Medigap
Connect with Linda